Services E.D.A.P.I. Inc. was launched in 2004 by Denis Séguin to develop customized technology products. He has worked in several industries, creating or maintaining and repairing technological tools. It is this experience that gave him the idea of building looms, which also met the needs of his wife, Maryse Giroux, a weaving enthusiast who encountered a number of problems on different looms.

Denis Séguin has helped set up and adjust several looms over the years, to the point that others began to ask for his help, mainly for computer-assisted apparatus such as dobby or Jacquard looms. His multiple interventions enabled him to discover what was popular among weavers and what many of them disliked.

Keeping in mind all of these comments, he decided to develop and manufacture a motorized and computer-assisted loom. These efforts resulted in the creation of Séguin Looms. 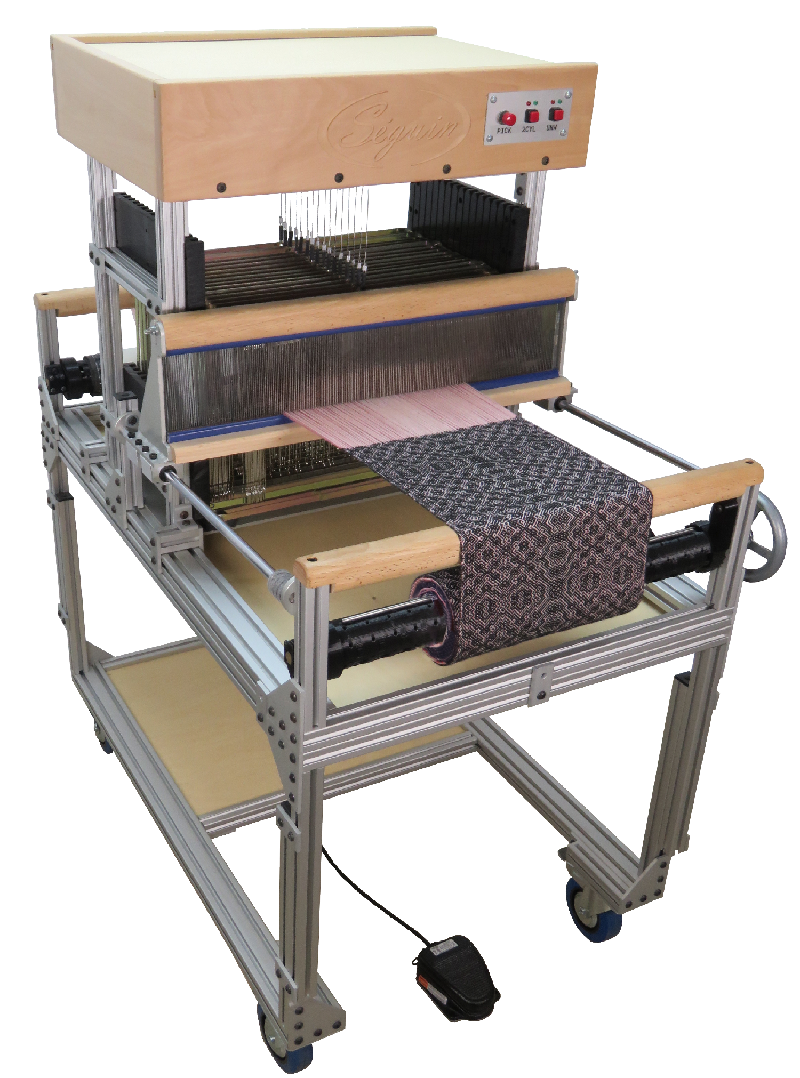